Covid-19 outbreak did not stop climate change: it could get much worse.

Greenhouse gas concentrations in the atmosphere are at record levels and continue to rise. Despite the covid-19 outbreak, we risk missing reduction targets.

No good news is coming from the climate change front. While the covid-19 outbreak continues to be one of the biggest challenges facing our society in recent months, the climate crisis has certainly not stopped. Quite the contrary. The confirmation comes from a recent report coordinated by the World Meteorological Organization (WMO) and titled “United in Science 2020”, where it is confirmed that greenhouse gas emissions, despite a slight reduction during the months of lockdown, continue to record levels. So much so that it puts us on track to fail to meet climate goals of keeping temperature increases well below 2°C or 1.5°C above pre-industrial levels.

“Greenhouse gas concentrations – which are already at their highest levels in 3 million years – have continued to rise,” Professor Petteri Taalas, secretary general of the Omm, said in a note. “Meanwhile, large parts of Siberia saw a prolonged and remarkable heat wave during the first half of 2020, which would have been very unlikely without anthropogenic climate change. And now 2016-2020 will be the hottest five-year period on record.”

A home completely destroyed after the Creek Fire struck the area on Sept. 8, 2020 near Shaver Lake, Calif.

Reducing emissions during the lockdown

The report shows that although society and the economy were hit hard during the pandemic, climate change shows no signs of stopping. While global CO2 emissions fell by an unexpected 17 percent in April 2020, researchers estimate that by the end of the year, the reduction will be contained to between 4 and 7 percent. A reduction that unfortunately will not affect the atmospheric concentration of carbon dioxide in the long run and therefore the trend of rising temperatures

The atmospheric concentrations of CO2 in fact have continued to increase to reach new records. Global atmosphere watch (Gaw) reference stations reported CO2 concentrations above 410 parts per million (ppm) during the first half of 2020, with Mauna Loa (Hawaii) and Cape Grim (Tasmania) at 414.38 ppm and 410.04 ppm, respectively, in July 2020, increasing from 2019 levels. In short, the curve continues to rise.

During the lockdown, emissions dropped 17 percent, mostly due to the transportation freeze “Never before has it been so clear that we need a long-term, inclusive and clean transition to address the climate crisis and achieve sustainable development, UN Secretary-General António Guterres also said in a note. “We must transform the recovery from the pandemic into a real opportunity to build a better future.”

The average global temperature over the past five years may also be the warmest on record, at about 1.1°C above the 1850-1900 averages. There is therefore a likelihood that in the coming months, between now and 2025, it may already reach 1.5°C of warming. Increase that is already having strong impacts on polar ice and water supplies on the planet. It is estimated that Central Europe and the Caucasus have already reached “peak water”, or the maximum sustainable water withdrawal, and that the Tibetan plateau region will reach the peak between 2030 and 2050. Prediction that would affect the availability of water for 1.7 billion people.

As we have seen, industrial production releases into the atmosphere large quantities of particles that shield the planet from the sun’s rays, thus compensating for the warming caused by the emission of CO2 and other greenhouse gases. At the same time, heating systems and older, more polluting cars release tons of soot, a black substance produced by combustion, into the air, trapping heat and warming the planet.

And then there are airplanes, which together with cars emit large amounts of nitrogen monoxide into the lower layers of the atmosphere, contributing to rising temperatures. The covid-19 outbreak did not help much with those. On the contrary, they have increased emissions some how.

In short, the different mix of gases produced by human activities, transportation and industry can affect the planet’s climate change in different ways. The effect of the covid-19 outbreak – and following lockdowns, on temperatures therefore depends on which component has won out over the others. 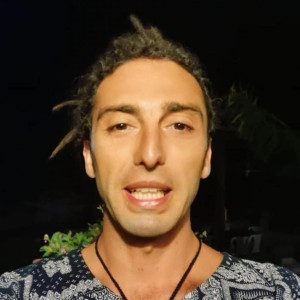 Mr. G
short for Giuseppe not green! I believe that sustainable living should be the norm, not a hobby. Here you'll find all sorts of easy hints and tips for living a greener life.